TUCK TO THE FUTURE is a sci-fi time travel adventure about a drag queen who finds HERSELF plunged into a dystopian future after a terrible 'accident' on stage.
"a sci-fi phantasmagoria that’s out, proud, and laugh-out-loud"
IRISH TIMES
Our unlikely heroine finds the world has changed utterly after an uprising of crazed, violent drag queens led by their sinister leader - The One. Fanny soon finds herself mixed up with a group of freedom fighters and faces deadly robots, crazed scientists and horrifying hungry mutants in her quest to get back home.
It also has some underlying themes driving our characters. The story touches upon how their formative years growing up gay in the 1980's under the shadow of widespread homophobia and the HIV crisis has affected their lives and the decisions they've made.
This is the the first published story written by me. It is very different and hopefully you've not read anything much like it before.
This is the first part of my Drag Uprising series.
"IT'S REALLY FUNNY, I REALLY CAN'T RECOMMEND THIS ENOUGH!"
JOE GLASS (THE PRIDE, GLITTER VIPERS)
THE TEAM
The artwork was supplied by the super-talented EDWARD BENTLEY (Darkboy & Adler, Vessels, Morrigan, Cadavers, Hexes, Last Exit to Brighton & Madhouse) who has brought the story to vivid life.
https://edwardbentleycomics.co.uk
It was designed by DANIEL GRUITT, a Graphic Designer based in Devon.
https://gruitt.com
It was printed by COMIC PRINTING UK.
https://comicprintinguk.com
"AMAZING STORYTELLING"
GAY COMMUNITY NEWS
FUNDRAISING
A fundraising campaign was run on KICKSTARTER in October 2020.
https://www.kickstarter.com/projects/iamchrisfildes/fanny-galactic-tuck-to-the-future
The book was successfully funded hitting its target in under 3 days. It was also selected by Kickstarter as a PROJECT WE LOVE.
"a lot of fun!"
comic book bears podcast
AWARD NOMINATIONS
The book was shortlisted for 4 awards at the IRISH COMIC NEWS AWARDS 2020 (it didn't win but there was some utterly amazing competition so that's ok!)
* Best Newcomer / Breakthrough
* Best Writer (Small Press)
* Best Irish Comic Creator (Small Press)
* Best Kickstarter
'...takes a sometimes funny, sometimes poignant, and entirely engaging time travel adventure and turns it on it’s head'
comical opinions
PRESS
* Irish Times : The Irish invasion of the comic book world: ‘We have so much talent’
https://irishtimes.com/culture/books/the-irish-invasion-of-the-comic-book-world-we-have-so-much-talent-1.4384928
* Review By 'The Pride' and 'Glitter Vipers' creator Joe Glass (around 4 minutes 45 seconds)
https://youtu.be/S4Aw6U7hPfA
* Irish Comic News: Going Galactic: An Interview With Chris Fildes
https://irishcomicnews.dreamhosters.com/2020/09/29/going-galactic-an-interview-with-chris-fildes
* Review by Comic Bear Guys Podcast (around 51 minutes 30 seconds)
https://comicbookbears.libsyn.com/comic-book-bears-podcast-issue-196-david-hazan-talks-nottingham
* Review by Comical Opinions
https://comicalopinions.com/fanny-galactic-tuck-to-the-future-review
* Gay Community News: Drag queen comic featuring Panti 'Fanny Galactic' shortlisted for major Irish awards
https://gcn.ie/drag-queen-comic-panti-fanny-galactic

* 7 Questions for Chris Fildes on FANNY GALACTIC: TUCK TO THE FUTURE
https://comicalopinions.com/7-questions-for-chris-fildes-on-fanny-galactic-tuck-to-the-future
WHERE TO BUY
You can get a copy from Buy Small Press for £12+postage
https://buysmallpress.com/product/tuck-to-the-future/
GALLERY 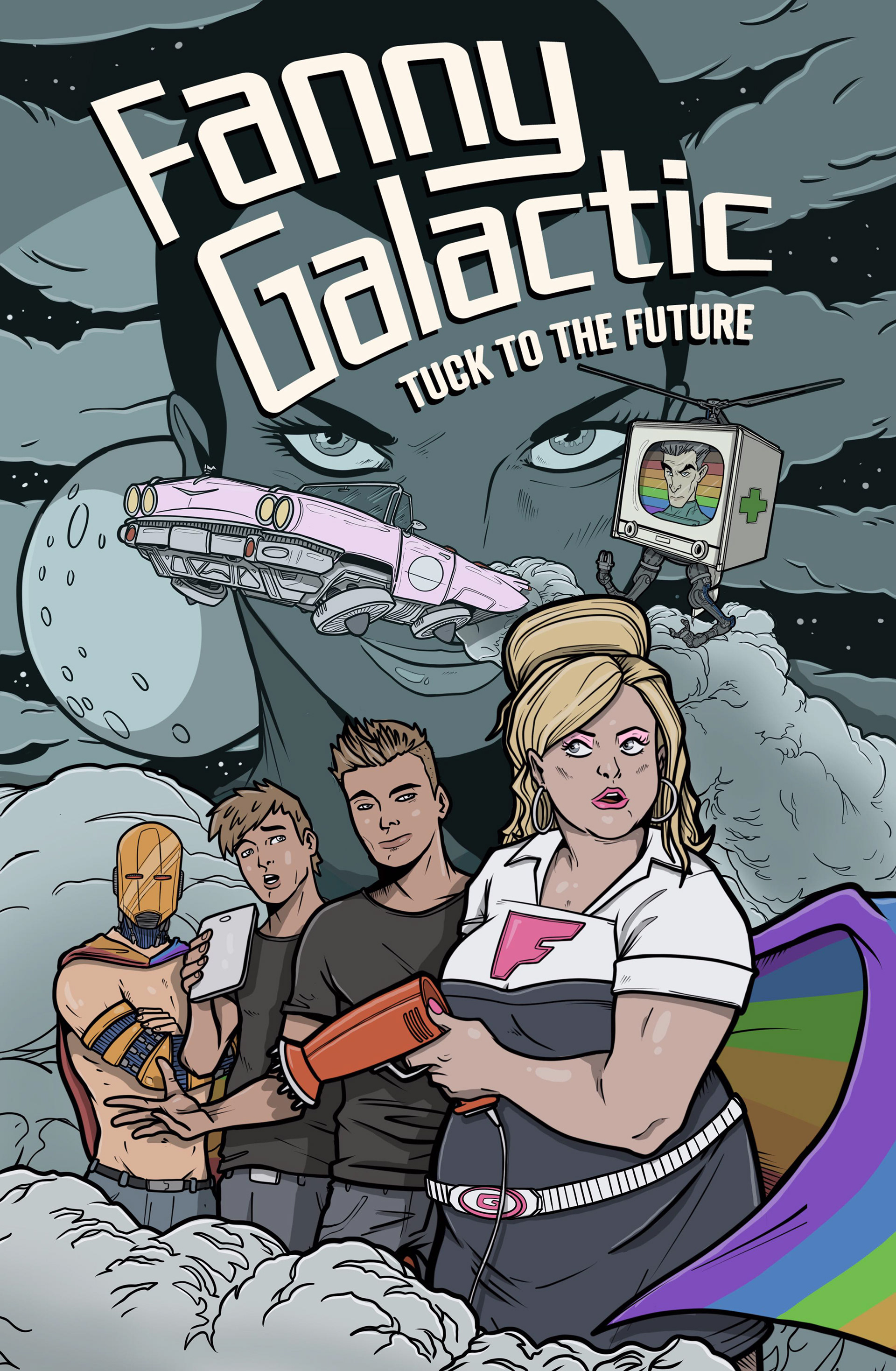 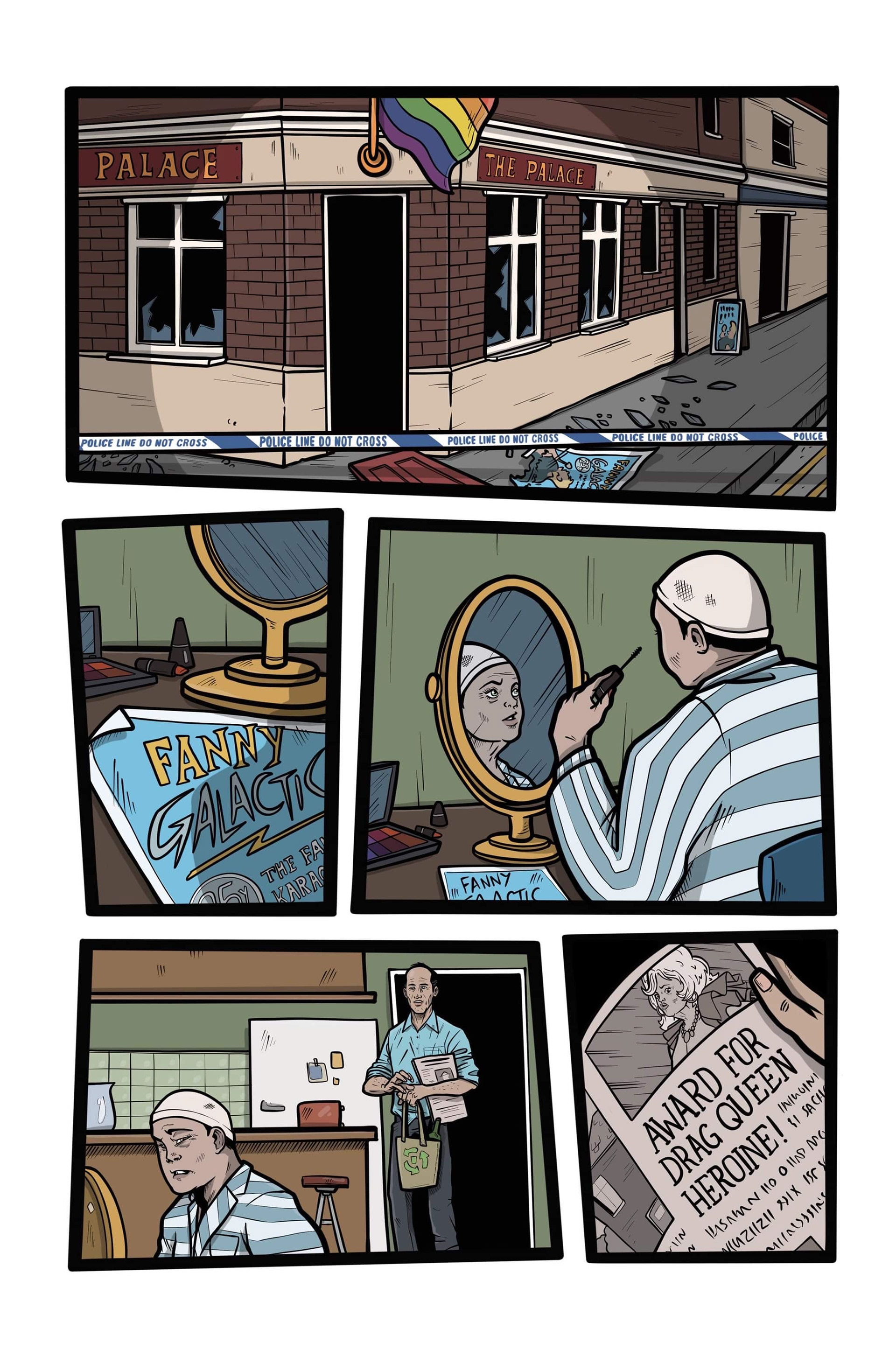 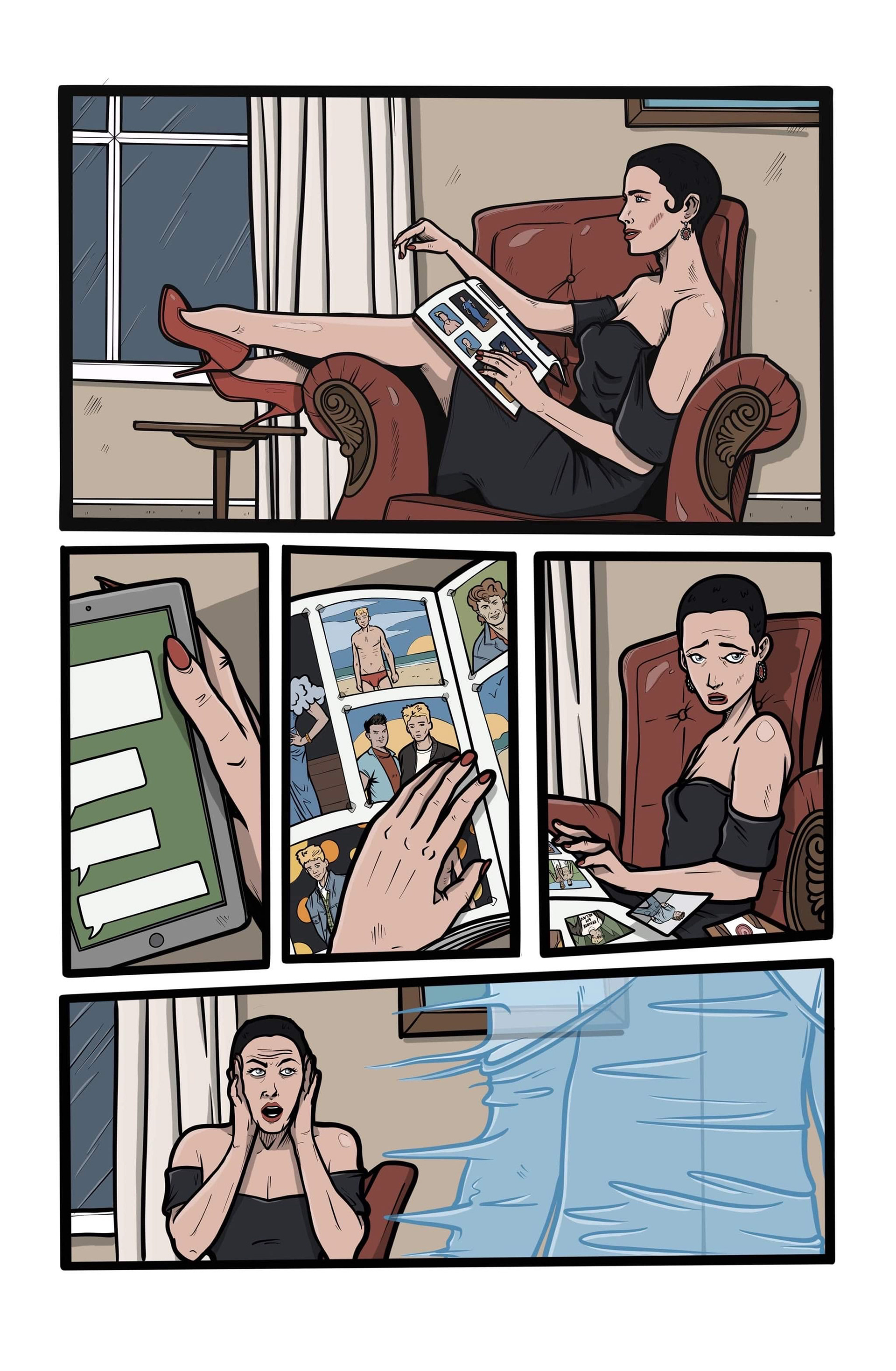 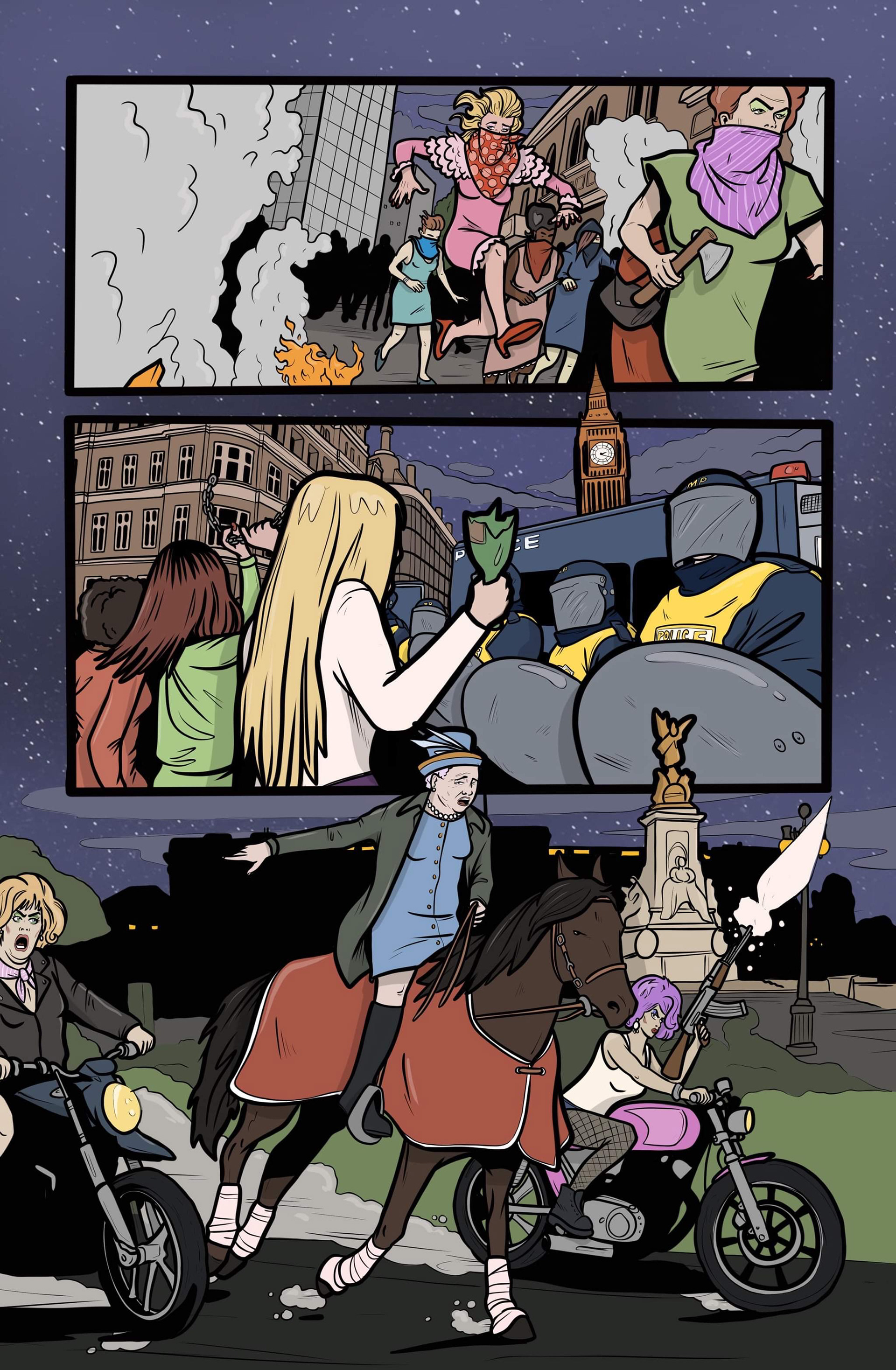 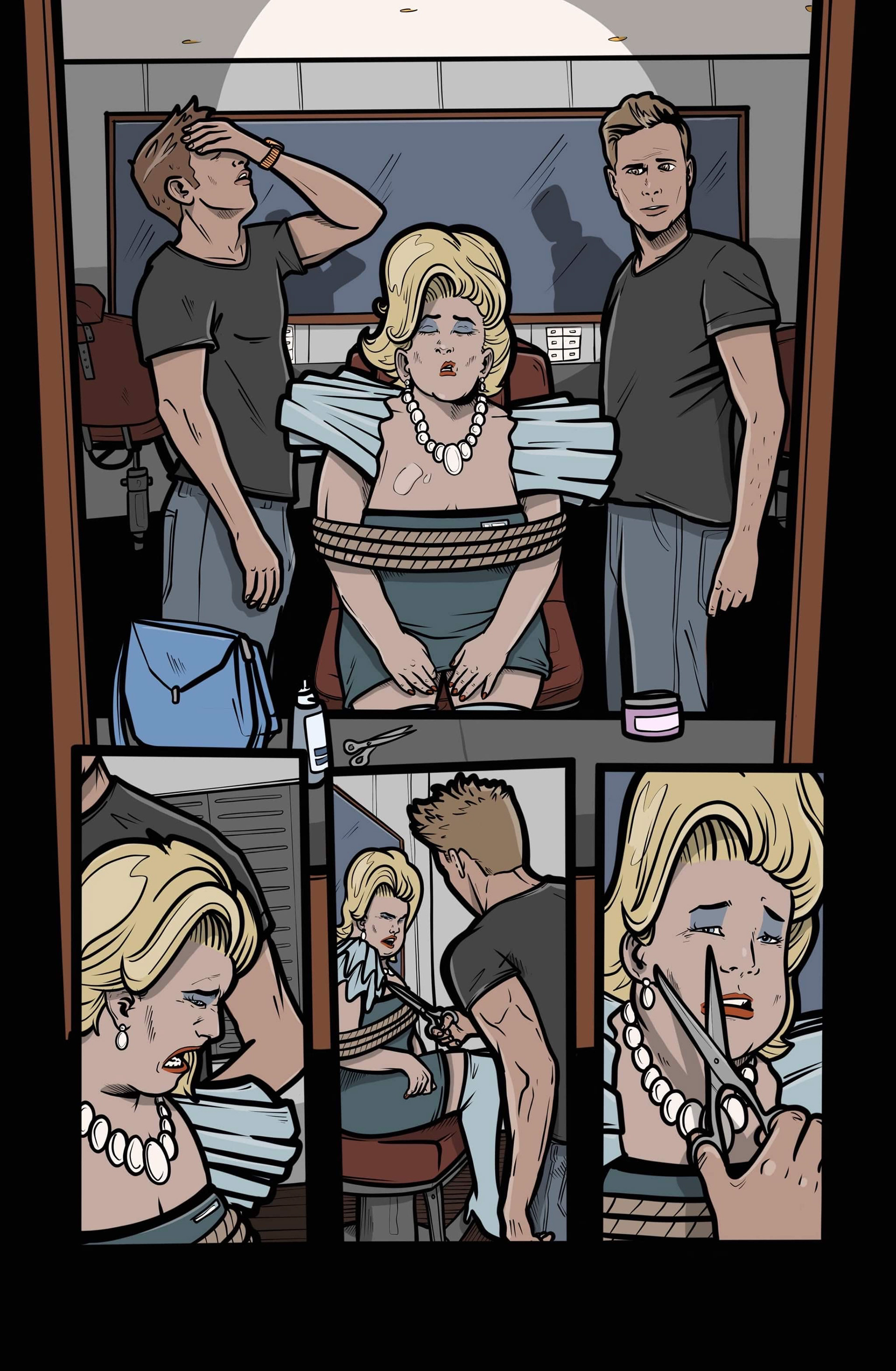 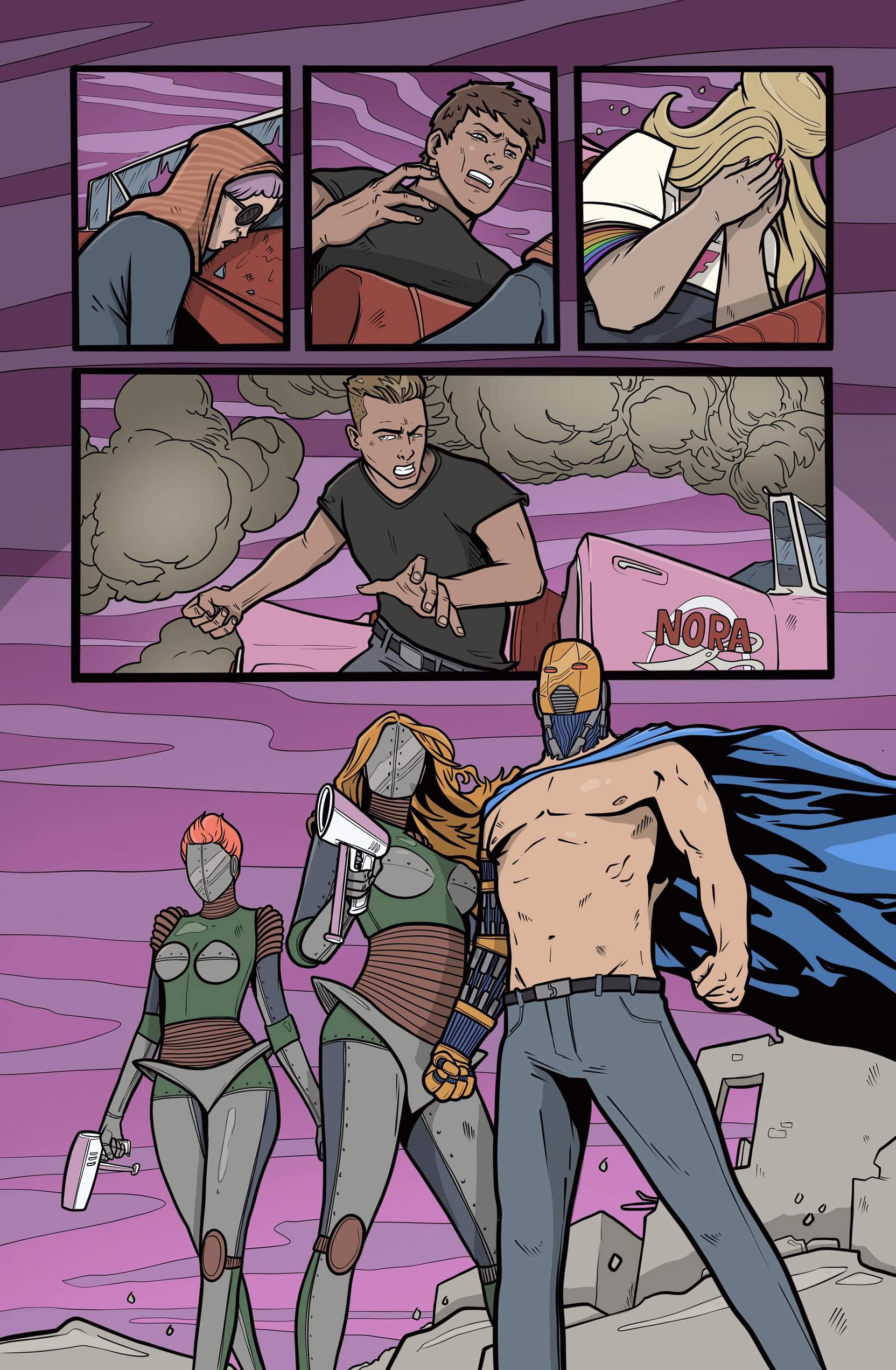 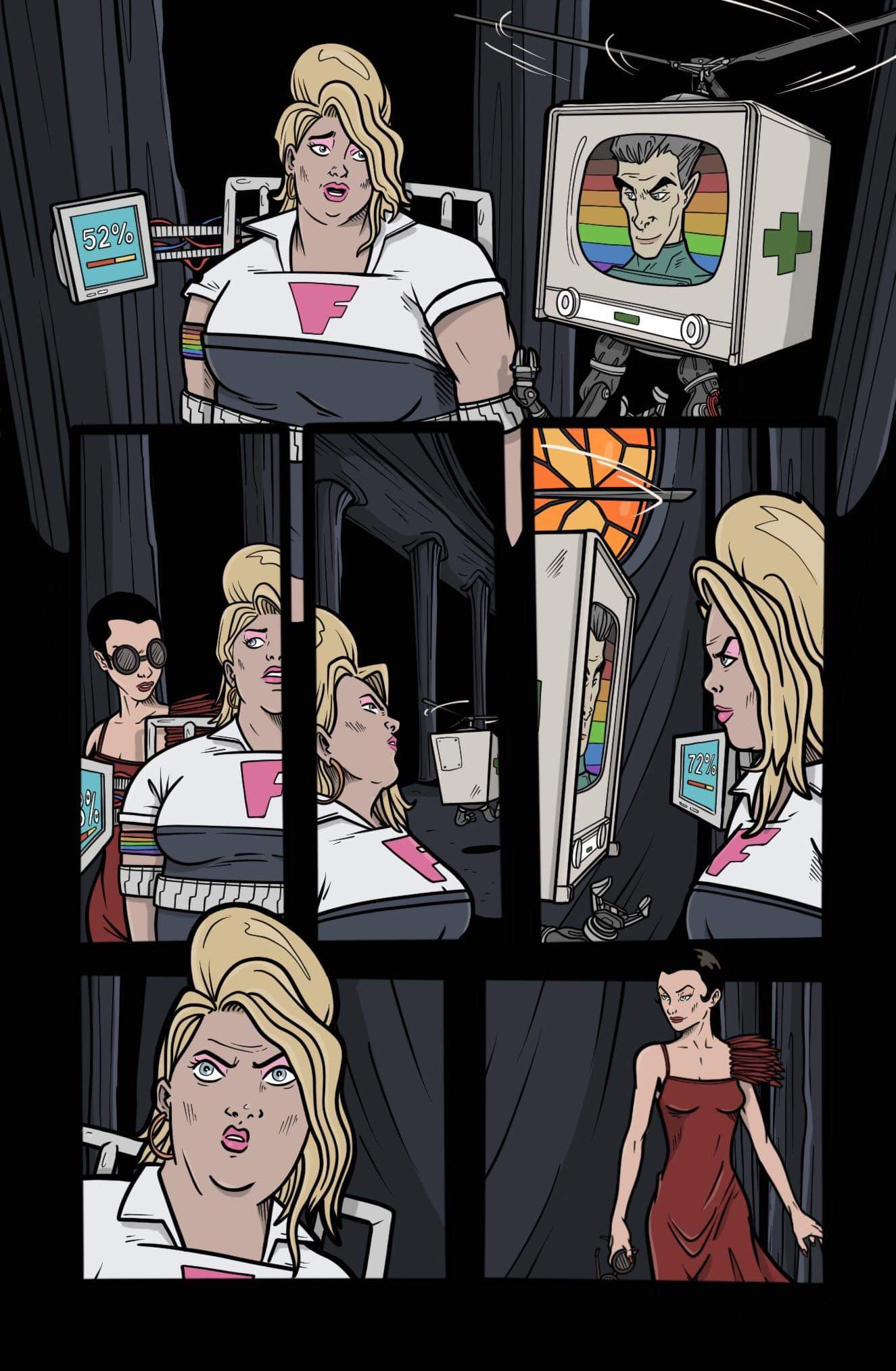